Posted at 14:32h in Prevention, Rehabilitation by Pheb

What is Strength and Conditioning? With Connor Gleadhill from CG High Performance. 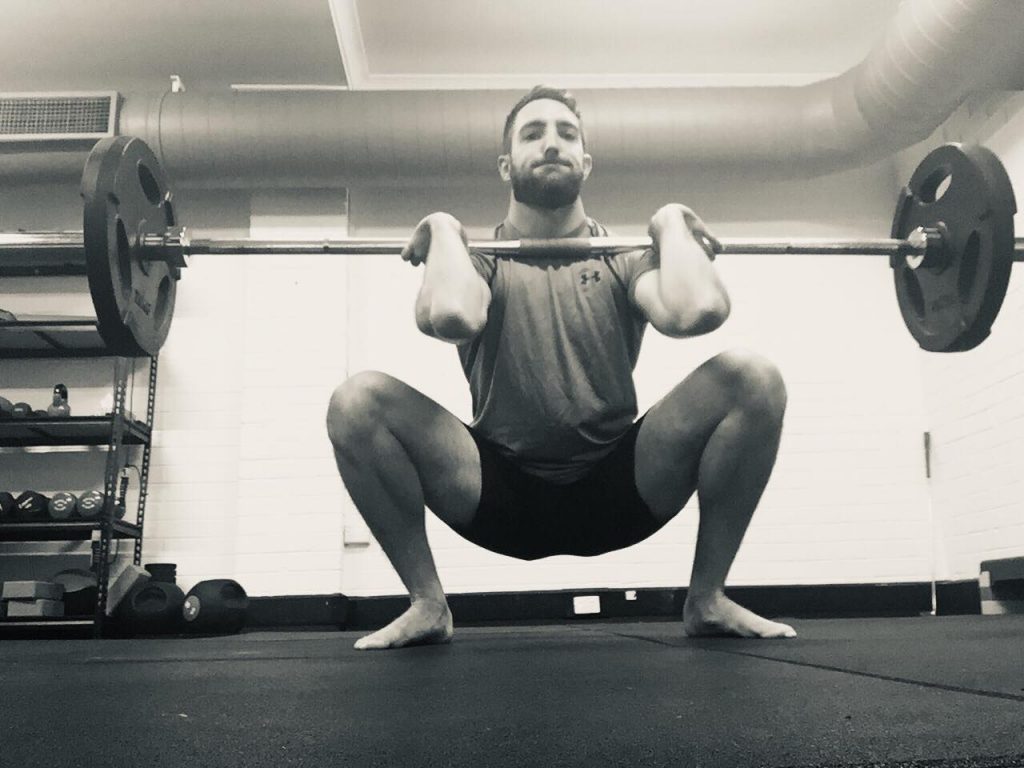 If you’ve ever injured yourself, and I assume you have, because you love Physio Phebe (as you should!) then you have probably encountered strength and conditioning (S&C) in some form. You may just not have known.

I’m a physiotherapist and S&C coach and this is becoming a more common thing nowadays. More and more, your everyday physiotherapist, is applying the principles of S&C to make your injury better quicker and make your recovery more durable.

Simply put, S&C, is the practice of applying scientific principles to improve how you move. Whether it be getting stronger, faster, more mobile or all of the above, you have probably experienced some elements of S&C by going to see a good physio when you’ve been injured in the past. S&C allows people to get stronger, fitter, better in the safest, most efficient way. What might be different about people that call themselves a ‘S&C coach’, is that they have sought out extra opportunities and undertaken courses to improve their knowledge of applying these scientific principles. It takes time and effort to become good at S&C coaching, just like anything else, so not everyone is the same level. Just like your physio, there are people that become very expertised at applying S&C principles and can call themselves specialists. The S&C specialists are becoming more common in Australia and sometimes, in Australia, they may be anyone from level 3 coaches all the way up to Master or Elite coaches. Typically this kind of level of coach works in a professional or elite sporting environment.

Is it all for elite sports?

Absolutely not! In fact, I would argue the more your physiotherapist knows about S&C, the more she or he can help the everyday athlete or ‘weekend warrior’. S&C coaches work in really varied environments, and sometimes make the biggest impact with people like you, who don’t play sport professionally. 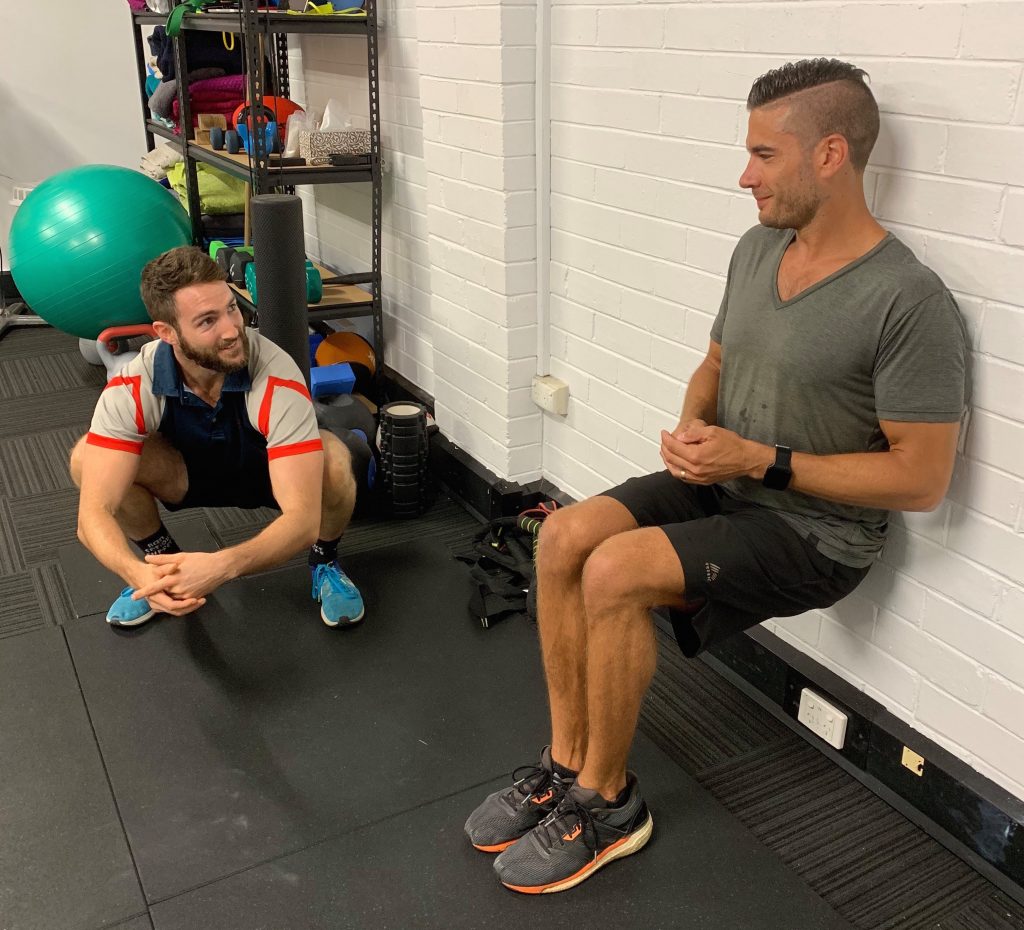 What does it have to do with physiotherapy?

If you’ve been injured, you have been rehabilitated. This process of rehabilitation is typically done by a physiotherapist. But it is becoming more and more common to have S&C coaches take charge of your rehabilitation, in fact, in elite environments, S&C coaches may sometimes just be employed to take the athlete through the later stages of rehabilitation. Some might call this the rehabilitation – performance ‘gap’; when an athlete is no longer in pain but still needs to get a hell of a lot stronger before they can get back on the park – or perform – to their best. Physiotherapists and S&C coaches generally work really closely together in a high performance environment to make this transition to performance as good as it can be. But if you have physiotherapists like me, who have dual qualifications, and are able to perform as both an S&C coach and physio then this ‘gap’ between injury rehabilitation and performance can become a seamless transition rather than a handover between two specialists. It’s not whether one is better than the other, it just improves the entire process. And it allows the everyday injured person a quicker and more durable return to performance, a better return to what you love doing. I have transitioned to a dual qualification largely because of my awareness of what I was doing badly and what I lacked. And I can tell you that most physiotherapists are pretty similar to myself – or at least what I used to do. I used to give exercises out without any real insight of the scientific application of strengthening principles. I was also fortunate to work really closely with some fantastic S&C coaches and really level up where I was sorely lacking. There’s nothing like realising how bad you are at something to make you good at something.

So, like me, there are becoming more and more physios who are also upskilling in the area of S&C. And if you used to think that this was just for elite athletes and professional sports teams, hopefully you now know that physiotherapists who are also S&C coaches are just forward-thinking physios who understand that to get you back to what you love to do, they need to apply some more scientific principles instead of just giving you a nice massage, waiting for the pain to subside and then telling you to get back to it. After injury, S&C improves the rehab process and makes you stronger when you get back to it – whether that’s swimming, running or simply walking your beloved pooch!

A word on ‘coaching’

Why do get called a ‘coach’ you might ask? Well again, if you have experienced an injury rehab in the past and been given a sheet-full of exercises from your physio. Probably being asked to do something for 10 repetition, 3 times with no real instruction behind it. If that sounds familiar, then you’re not alone because that kind of rehabilitation process is all too common. But the catch is, it doesn’t work very well. Most of the time you don’t have time for all of those exercises on the sheet and you probably forgot how to do the 4th one anyway. Maybe you leave it off the list, or maybe you give it a whirl but are doing almost the entirely wrong thing! That’s OK, there’s no such thing as a bad exercise, it’s generally much better than doing nothing for your injured back or knee. But, the reason S&C professionals call themselves coach, is that exactly what we do best. A coach improves someone’s performance over time and guides you to be the better you. In my opinion, this kind of mentality works best in a rehabilitation setting and the reason ‘coaching’ is important, is that you are guided through the process – with each exercise – to make sure you can do it properly and you are never left feeling that you don’t know what the heck you are doing.

So if you have experienced a poor rehabilitation out of an injury before, if you were given a sheet of exercises that you never had time for – or just didn’t know how to bloody do! – then know that we’re getting better. And, in particular, people like me – who are S&C coaches and physiotherapists – can make this process a much better one for you. I would encourage you to seek out someone like this and find out what a great rehabilitation – or should I say return to performance – is like.

If you have any questions, please feel free to get in contact with me through my page CG High Performance.